I want to preface this article with a disclaimer. Monitors are NOT for beginners. They are fascinating reptiles. If you don’t know what you are doing though, you are going to put yourself in a dangerous situation. Monitors are strong creatures, if they bite you it will hurt. Most monitors reach a large size and need an area with a lot of space. Additionally, they require your attention every single day. Do NOT buy a monitor lizard unless you are one hundred percent sure that you know what you are doing. Now that I’ve said that, let’s start with the easiest monitor species to care for.

If you are looking for the coolness of a monitor contained in a tinier package, then look no further. The Ackies Monitor, or Spiny-tailed Monitor, is all of that and more. While they are not the tiniest of the available monitor species, they are the smallest on this list. They can reach lengths of 2 to 3 feet as adults. The full name for this species is the Ackies Dwarf Monitor.

As a pet, these guys have outstanding temperaments and are known for being easy to tame down. Intelligence is one of their traits, they are a curious and active species. They will probably be more interested in you than your cat is. Additionally, out of all pet monitors, Ackies have some of the easiest care requirements. The only problem with this species though is it can be difficult to find one. It is rare that you will find one in the common pet trade. 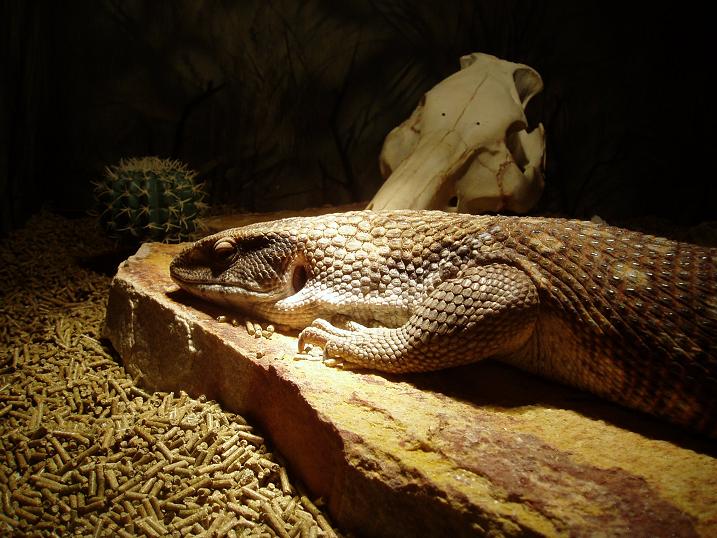 We are moving up a size from the Ackies. The Savannah Monitor reaches only around four feet in length. This is a bit bigger than the Ackies, but somewhat smaller than some of the other giant monitor species. A lot of people buy a Savannah Monitor without doing research. As hatchlings, they are only around five to eight inches in length. People see this and just assume they will make a great, small family pet.

Savannahs are known to be aggressive when they are young. They can tame down quite a bit though, if you care for them properly and treat them right. So if you aren’t able to dedicate quite a bit of time to a Savannah, don’t get one. Just think of getting one as having a child. They take a lot of your time,  need you to feed them, and might throw “tantrums” from time to time (at least when they are young).

We are moving on up again and have reached a true giant monitor. The Black-Throated Monitor can reach lengths of up to six feet. That’s larger than quite a few people in the world. If you don’t have quite a bit of space at home, don’t even bother reading on. You might as well just give a Black-Throated Monitor their own room.

In regards to temperament, these guys are the textbook definition of a teddy bear (Disclaimer: Only among other Monitors). These guys are known to be one of the most docile monitor species. Also, despite the amount of space they need, they are easy to care for. Please note that despite their generally great temperament, these guys are large, non-domesticated reptiles. They can become a member of your family, but you have to always treat them with respect. 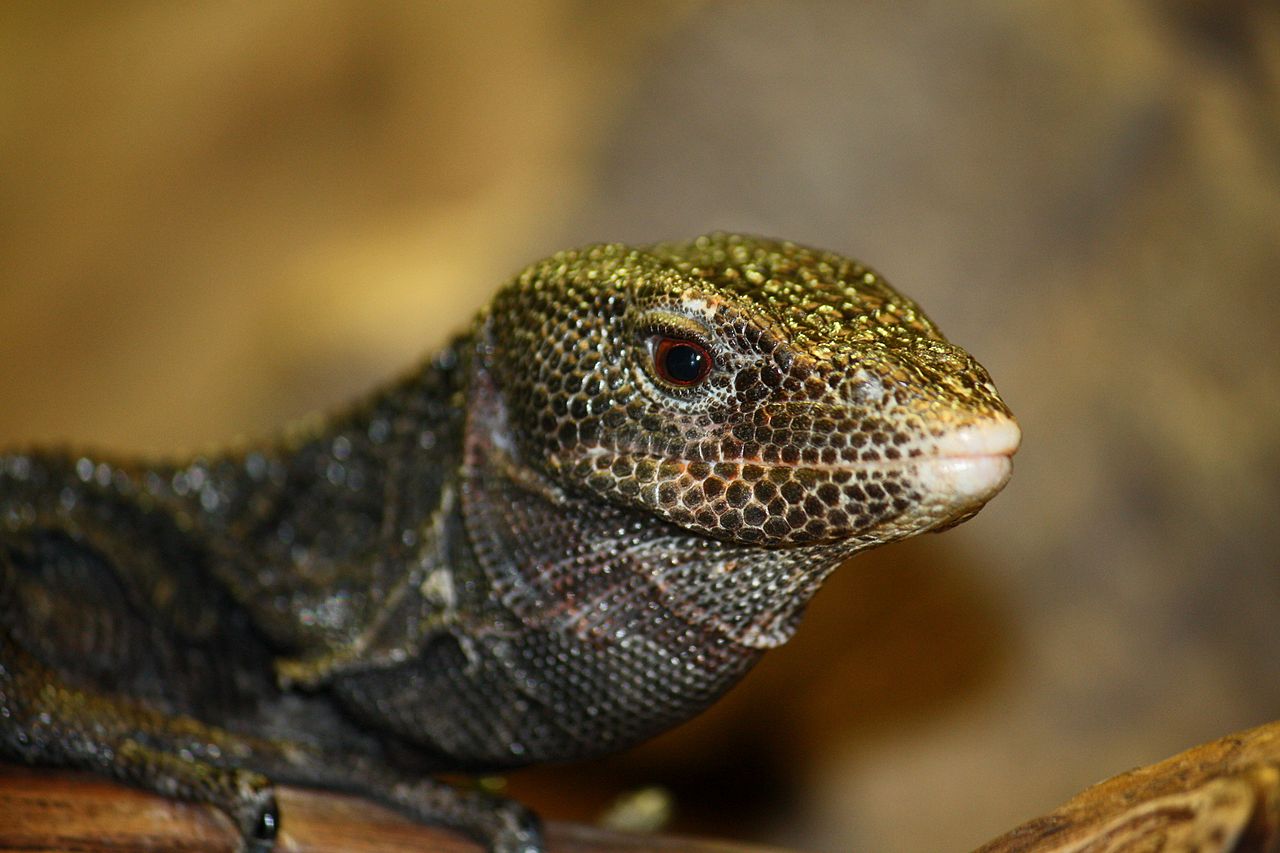 Let’s go back down and talk about the Black Tree Monitor. These guys, like Savannahs, only reach a length of around four feet. One-third of this total length is their actual body, the rest of it is made up of their semi-prehensile tail. Every other Monitor on this list has been a ground-dweller. This is the only species on here that lives among the trees. With their awesome tail and semi-adhesive pads on their feet, they are adapted to living in the canopies of forests.

Black Tree Monitors tend to be nervous, especially compared to the previously mentioned species. Thankfully, when this species feels threatened they will almost always try to flee higher into their cage. This is not the species for you if you want a pet that you can actually pet. You really only want this species to watch from outside of the cage, they are an absolute joy to observe.

We are going to end with a slightly larger species, at least, they are sometimes larger than a Savannah. These guys have a somewhat wide range of lengths. They can achieve lengths as short as three feet or as long as five feet. There have been some instances of individuals reaching six feet, but this is somewhat rare.

This species is related to the Black-Throated Monitor listed earlier. The scientific name for a White-Throated is Varanus Albigularis Albigularis and the Black-Throated is Varanus albigularis ionidesi. The temperament for these two species is very similar. The biggest difference though is that the White-Throated Monitor tends to be slightly more shy. They can also take a little bit more time to tame down. Despite that, these guys can make pretty nice pets.

Wow, I’m gonna go out and get a Monitor now!

I’m going to restate what I said at the beginning for those who conveniently forgot. Do NOT just go out and purchase a monitor. If you are new to reptiles, do NOT even consider buying a monitor. Monitor’s are great reptiles. They are wonderful to observe and even, sometimes, interact with. What they are not is beginner pets. While the five I have listed are what I believe to be the best pets, they are still powerful animals that command your respect. So take some time and start out with a good beginner reptile. After a few years, you can maybe consider looking at a monitor.